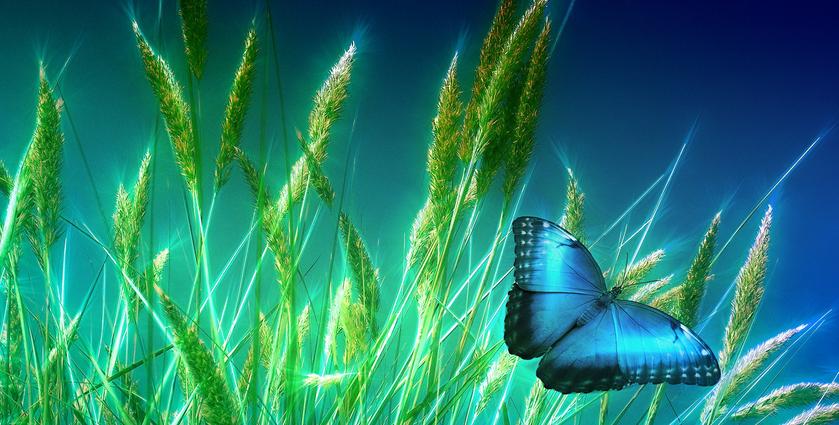 Mikao Usui was the originator of what we today call Reiki. He was born on August 15th 1865 in the village of 'Taniai-mura'  in the Yamagata district of Gifu prefecture Kyoto.

Mikao Usui probably came from a wealthy family as at that time only children from wealthy families could get a good education.

As a child he studied in a Tendai Buddhist monastery school entering at an early age. He was also a student of different martial arts. His memorial states that he was a talented hard working student, he liked to read and his knowledge of medicine, psychology, fortune telling and theology of religions around the world, including the Kyoten (Buddhist Bible) was vast. He married and his wife's name was Sadako, they had a son (born 1907) and daughter.

Usui sensei studied and traveled to western countries and China several times, this was encouraged during the Meiji Era and later, to learn and study western ways.

During his life Miako Usui held many different professions such as public servant, office worker, industrialist, reporter, politician's secretary, missionary, supervisor of convicts. He also worked as a private secretary to a politician Shimpei Goto, who was Secretary of the Railroad, Postmaster General and Secretary of the Interior and State.

At some point in his life he became a Tendai Buddhist Monk/Priest (what we in the west call a lay priest). On several occasions he took a form of meditation lasting 21 days. On his memorial it says that at one time this took place on Mount Kurama (Horse Saddle Mountain). This is where he is supposed to have been given the inspiration for his system of healing - Reiki. It is very likely that he incorporated ideas and knowledge about healing from other system, both spiritual and physical, like Chinese Medicine,  other Eastern healing systems like Chi Gong, the Japanese equivalent Kiko, acupuncture and others.

Mikao Usui found that the healing techniques contained within his spiritul system worked well on various ailments. In April 1922 he opened his first school/clinic in Harajuku Tokyo. Usui had a small manual which  is now translated into English and published by Western Reiki Master living in Japan, Frank Arjava Petter, under the title "The Original Reiki Handbook of Dr Mikao Usui"

Mikao Usui's skills as a healer and teacher must have been very good and his fame spread very quickly throughout Japan. This was a time of great change in Japan, opening up to the West and changes both in government and religion. His teachings became popular among the older people who saw them as a return to old ideals and spiritual practices.

His school/clinic was formed not just for the spiritual teachings but it was also a way for people to obtain healing. As people in general at this time in Japans history were very poor, healing sessions were very cheap or free. According to Japanese history articles, healing and other similar practices at that time would be given for a minimal cost or more likely for free.

Reiki students seem to have worked with the teacher as a sort of payment (a small monetary fee might also have been involved).

In 1923 on the 1st of September an earthquake shook Tokyo and Yokohama, measuring 7.9 on the Richter scale. The epicenter was 50 miles from Tokyo. Over 140,000 deaths were reported. The majority were killed in the fires started by the earthquake. It was the greatest natural disaster in Japanese history. Mikao Usui and his students started to give healing in the area and the demand and need for Reiki was enormous and as a result of his work he became even more famous.

In 1925 Usui had become so busy that he had to open a new larger school outside Tokyo in Nakano. As he traveled widely his senior students would continue with his work when he was away from his school/clinic.

Dr. Mikao Usui passed away on March 9th 1926 at the age of 62. He is buried in Saihoji Temple in Suginami-Ku, Tokyo. Later his students created and erected a large memorial stone next to his grave describing his life and work. Much of the new information about Usui Sensei comes from the translation of this memorial.

Shamballa energy lies at the very core of human experience.  In the trans-himalayan theosophical tradition Shamballa refers to the planetary crown chakra, the 'centre where the Will of God is known'. The purpose of planetary meditative practice is to build a bridge or 'antahkarana' between the tree main centres - Shamballa, Hierarchy and Humanity (via their human equivalents - monad, soul and personality) thus restoring the divine Plan and releasing a fourth quality of Diety that lies behind and works through the three revealed qualities of will, love and intelligence.  The Ruler of Shamballa is Sanat Kumara, the Lord of the World who is also known as "The Greatest Sacrifice" for his willingness to hold all within the sphere of his unknown purpose and yet bestow the gift of free will to his creation.

In the Buddhist tradition of Tibet, Shamballa has three meanings. Externally, Shambala was a geographic location, a seat of inspiration where the Buddha taught the Kalachakra Tantra, the Tantra of the Wheel of Time.  In the mythology of Pon, the native religion of Tibet, Shamballa was a Central Asian kingdom, the origin and center of the world whence issued all spiritual energies. Internally, Shambala is dharma chakra, located in the heart of all beings.  It is the symbol for mind, completing the trinity of body, speech, and mind.  The esoteric meaning of Shambala is tathagatagarbha, buddha-nature, the essence of all things.  It transcends existence and non-existence and is the ground of both samsara and nirvana.  By its very definition Shamballa, as a planetarycentre and the 'essence of all things' is trans-tradition and beyond any thought form humanity may hold of it. All pathways and traditions lead eventually to the revelation of Shamballa energy as the origin and destination of the human spirit.

According to Tibetan oral tradition, the existence of singing bowls dates back to the time of the historical Buddha Shakyamuni (560 - 480 B.C.). The tradition was brought from India to Tibet, along with the teachings of the Buddha, by the great tantric master Padmasambhava in the 8th century A.D.

The bowls are traditionally made of a special seven metal alloy of copper, mercury, tin, lead, gold,  silver, and iron. Each of the sacred metals is aligned with the seven solar systems and the seven Chakras of our body.

Singing bowls produce sounds which invoke a deep state of relaxation which helps one in entering into meditation, the ultimate goal of being enlightenment. They are a positive aid to meditation and found on many alters and healing centers around the world.

When there is a deep relaxation resonant sound, the body is affected on a cellular level, opening up the flow of energy to move us back toward vibrational alignment.  Sound can help us shift our energy frequency from lower to higher, removing the lower frequencies of emotions such as fear, anger, and resentment.